Paleontological Expedition to the South Tian-Shan – “In Search of Ferganocephale”, July – August, 2022

/ Expeditions / Paleontological Expedition to the South Tian-Shan – “In Search of Ferganocephale”, July – August, 2022

We invite geologists, paleontologists, specialists in stratigraphy to take part in the International Expedition to the South Tian-Shan. Expedition – “In Search of Ferganosaurus”.

The Balabansai Formation (Mesozoic) is a well-known stratotype area in the southern Tian-Shan. The Balabansai Formation is the Middle Jurassic (J), the Bathonian stage, the upper substage is the Callovian stage. The area is located near the Tash-Kumyr city, as well as around the city. This is one of the hottest regions in Kyrgyzstan. There are magnificent landscapes composed of Mesozoic rocks.

Many paleontological taxon have been found in the Balabansai Formation, including amphibians and mammals. Here, in the vicinity of Tash-Kumyr, there are other representative valleys of Jiddasai and Karasai, which are also of interest for paleontological research.

The Mesozoic formations in the south of Kyrgyzstan contain interesting paleontological finds. In 1966, in the vicinity of the Tash-Kumyr city, in the Middle Jurassic (J2) Callovian stage, the only one in the Tian-Shan, Sauropoda, was found. The local group of geologists considers these places to be unique, where the skeleton of the Sauropoda can be found. These sites represent geological heritage and must be preserved. To organize a Geopark here, it is necessary to organize a paleontological expedition to study geological formations in order to prove to the authorities about the need to create a Geopark here.

The Tash-Kumyr city is located on the banks of the Naryn River. During the Soviet Union, coal was mined here and continues to be mined. But, we are interested in the territory located to the west of the city, in the Kyzyl-Dzhar savanna. Dinosaur eggs, dinosaur bones and fossilized trees have been found here. The first skeleton of a Sauropoda on the territory of the former USSR was also found here.

The local landscape is badlands. We hope to find dinosaur bones and make a reconstruction of the Central Asian dinosaur. In the neighboring town of Mailuu-Suu, we found dinosaur footprints left on Paleogene limestones. Perhaps these tracks belong to a young Sauropoda. 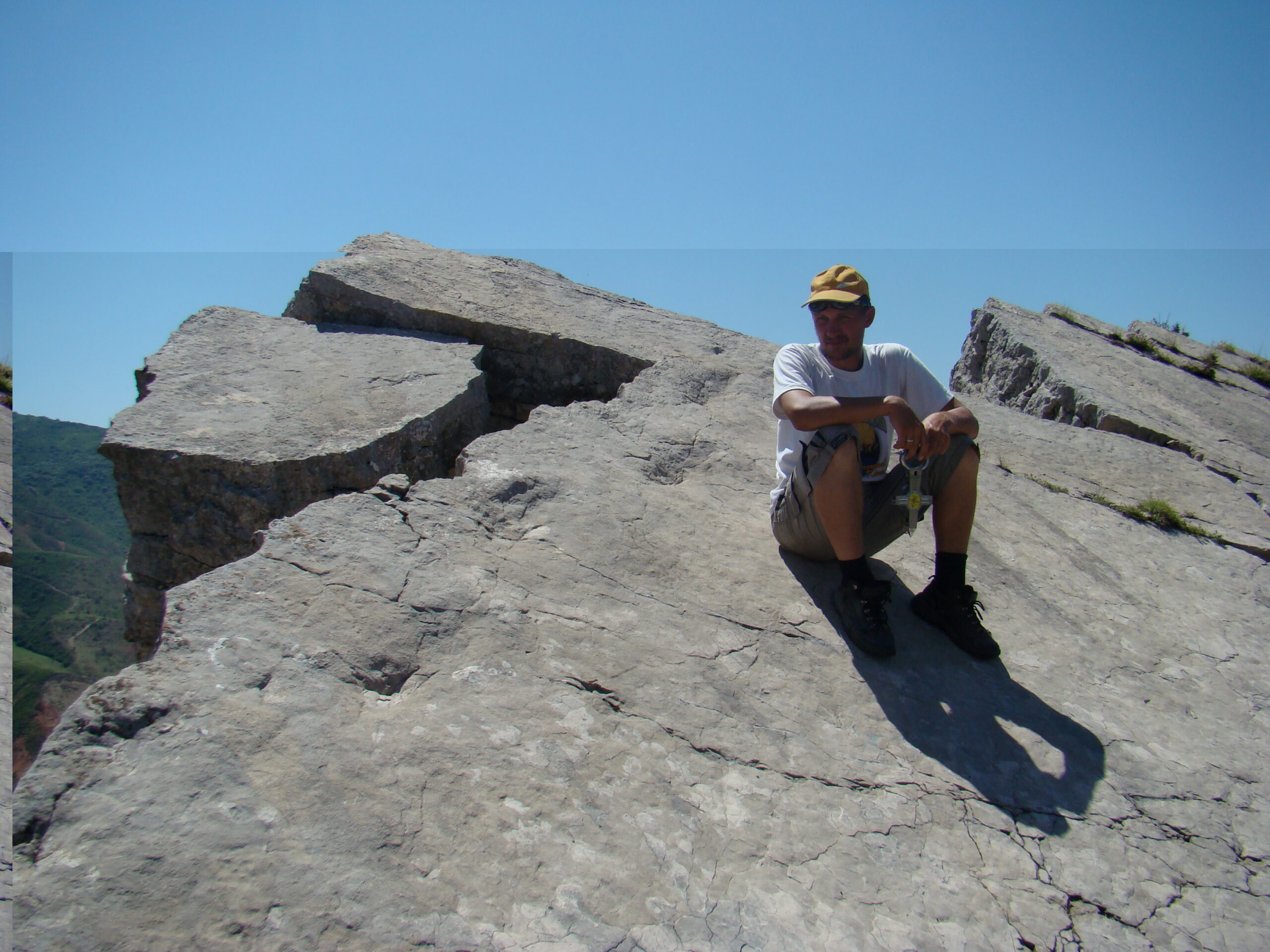 Description and history of Sauropoda research in the Southern Tian-Shan

The most interesting finds were made in the sediments of the middle and upper part of the Balabansai formation northwest of Tash-Kumyr (Balabansai I). In 1967, a group of scientists from Leningrad University discovered an incomplete Sauropoda skeleton here. A year later, N.Verzilin found here a more complete skeleton of a huge Sauropoda in the Balabansai Valley. The skeleton was excavated by a group of scientists from the Moscow Paleontological Institute under the leadership of A.K. Rozhdestvensky. Large parts of the skeleton were restored, only the skull and part of the tail were missing.

The found specimen is the most complete dinosaur skeleton in Kyrgyzstan. The remains of the skeleton have not been described for a long time, and its systematic position has never been precisely determined. But only recently a new neosauropoda Ferganasaurus verzilini, gen. etc. The femur of this Sauropoda is on display at the Paleontological Museum in Moscow.

During all this time, it was the only dinosaur find in the Southern Tian-Shan. Since then, there has been no search for the dinosaur.

In the early 2000s, a joint Kyrgyz-Russian-German expedition worked in Balabansai. Based on the excavated remains of dinosaurs from the Middle Jurassic (Callovian) of the Balabansai Formation in the northern part of the Fergana Valley, skeletal remains of Tetanurae Indet., Sauropod Neosauropoda Indet., Stegosaur Stegosauria Indet., And new pachleycephalos were described and assigned to theropods. adenticulatum gen. etc. Excavations near Tash-Kumyr have yielded more complete and partially related remains of dinosaurs.

Vast areas of the Balabansai Formation have not yet been explored.

Judging by the new finds described above, it is very likely that in the future new material for the reconstruction of dinosaurs can be found here. Moreover, the most promising area for finding dinosaur remains is located around the Tash-Kumyr city, where most of the vertebrate fossils were found in the past.

The early-Middle Jurassic history of Sauropods is still insufficiently known. There are especially many mysteries around Ferganosaurus, which was found in 1966. We want to explore the area and find the remains of a new dinosaur to confirm many of the theories of paleontology.

We invite scientists and researchers of paleontology, stratigraphy, geology to take part in an expedition to the Kyzyl-Dzhar semi-desert to search for dinosaur remains. We are ready to cooperate with paleontologists from other countries and conduct joint research. The savannah area and the dinosaur search area are quite large. The best option for research is an expedition for two to three weeks.

The preliminary dates of the expedition are July 30 – August 13, 2022. But those who wish can continue their field work. We will provide all the conditions for this.

We will obtain all the necessary permits for legal paleontological research. We plan to investigate the most promising geological formations to find a dinosaur skeleton.

If you need visa support, you can contact us. We plan to establish a field base camp at the confluence of the Kara-Suu and Naryn rivers. We have the necessary equipment for the base camp. Every day our chef will prepare delicious local and European dishes. We use a highly passable off-road vehicle for exploration in the Kyzyl-Dzhar savannah.

Those wishing to take part in the expedition can contact by email: info@geotianshan.org

The duration of the expedition is 15 days, including travel time.

But, the field camp will work until August 25. Therefore, those who wish can continue their research.

Conditions for participation in the expedition

Financial contributions will go to cover vehicles, consumables, the salary of a cook and assistants, a guest house, food, gas, gasoline, etc.

Link to the Ministry of Foreign Affairs of Kyrgyzstan: https://mfa.gov.kg/en/osnovnoe-menyu/konsulskie-uslugi/konsulskie-vizovye-voprosy/izovye-i-bezvizovye-rezhimy

For official and legal research, our organization has all the necessary permits from the authorities. We will also obtain customs permits for exporting samples to other countries. 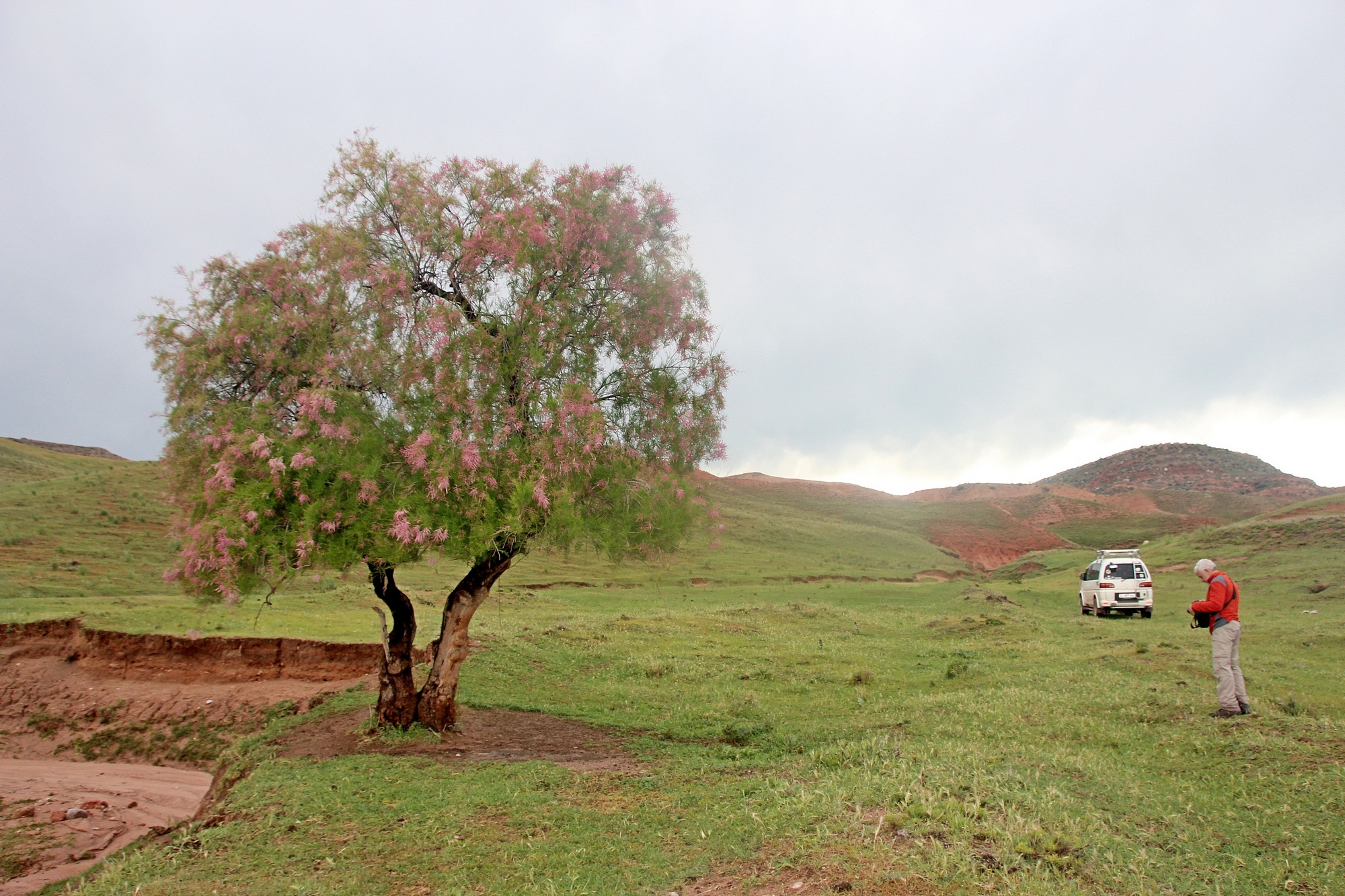 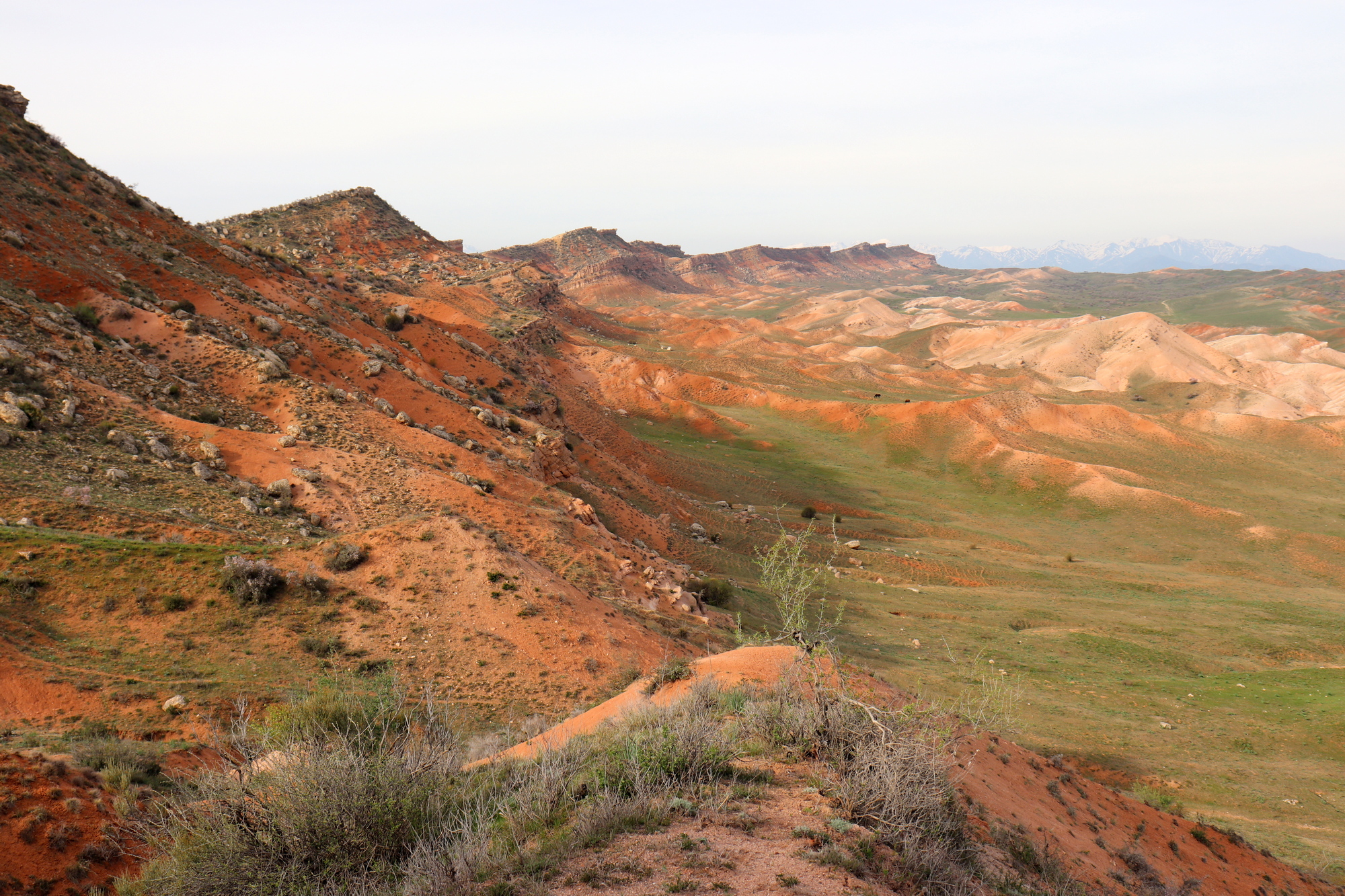 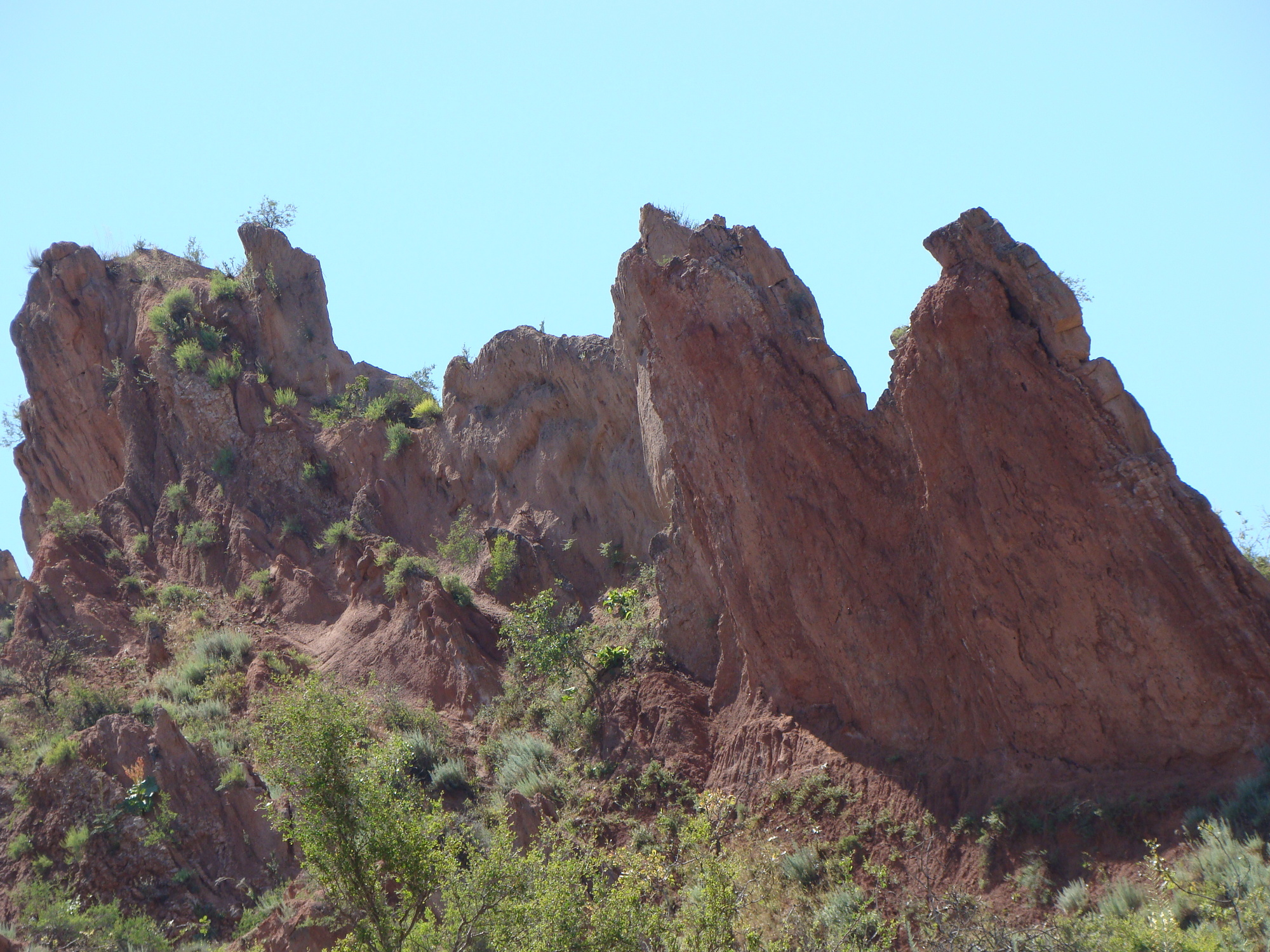 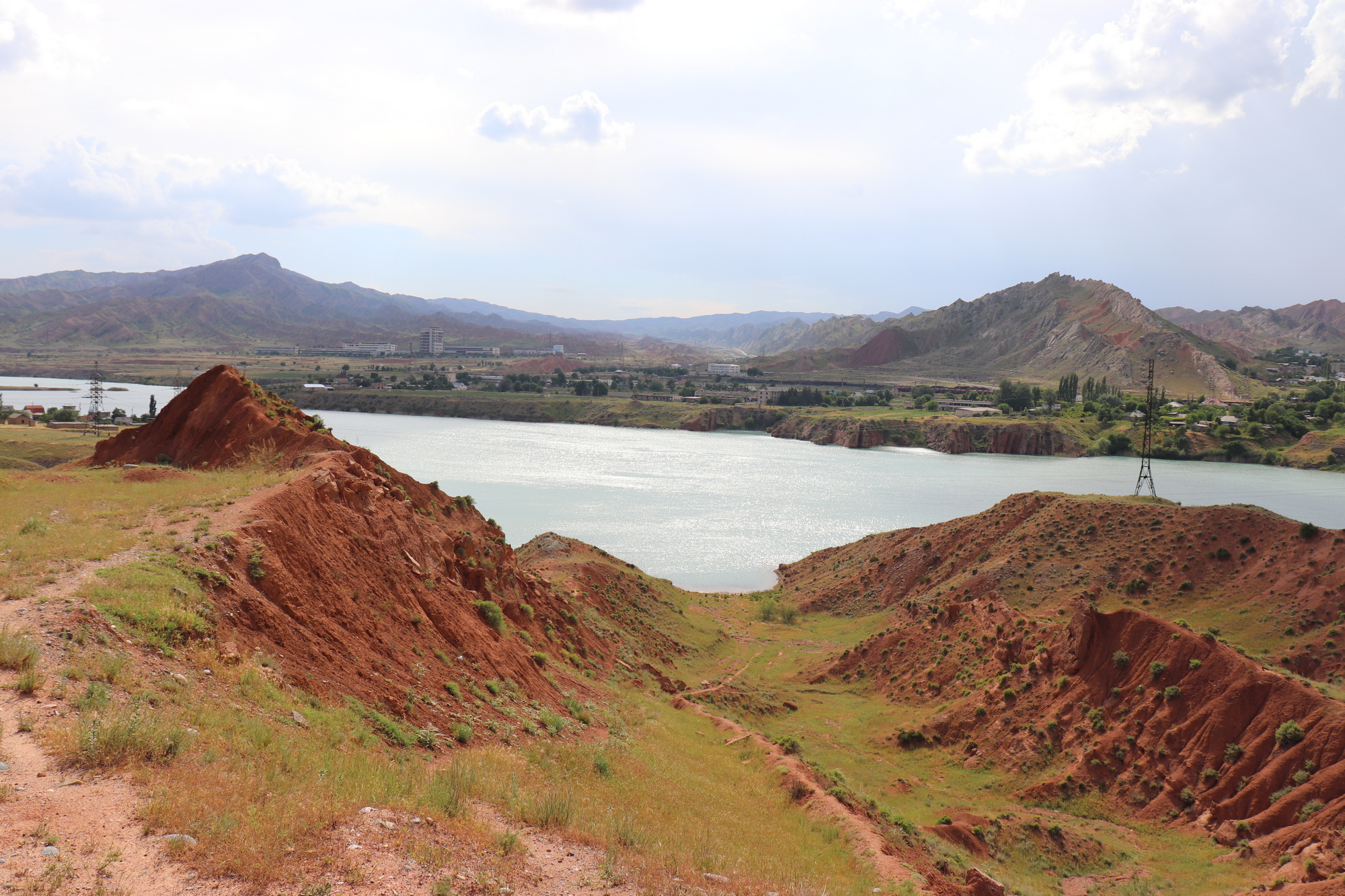 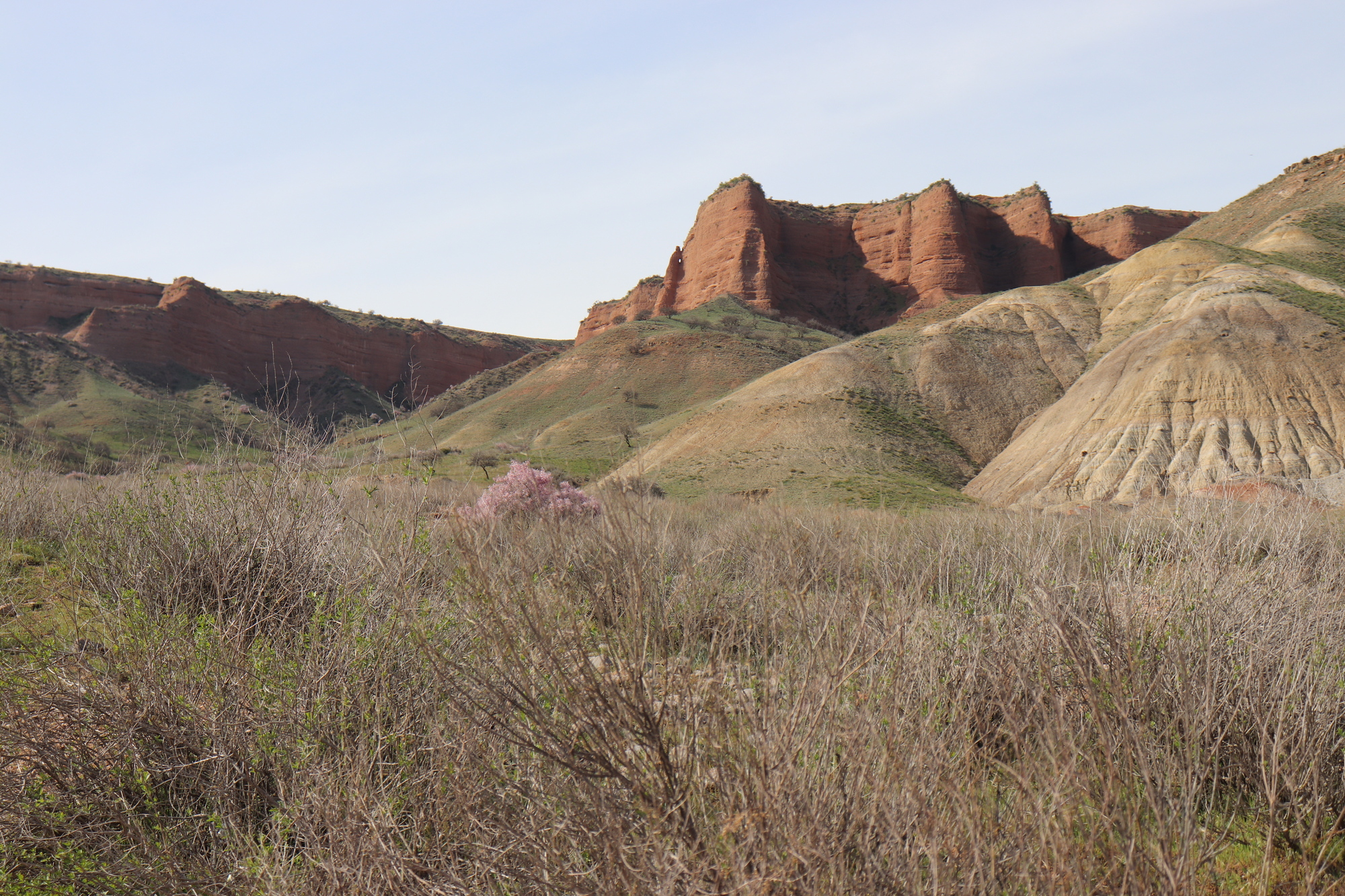 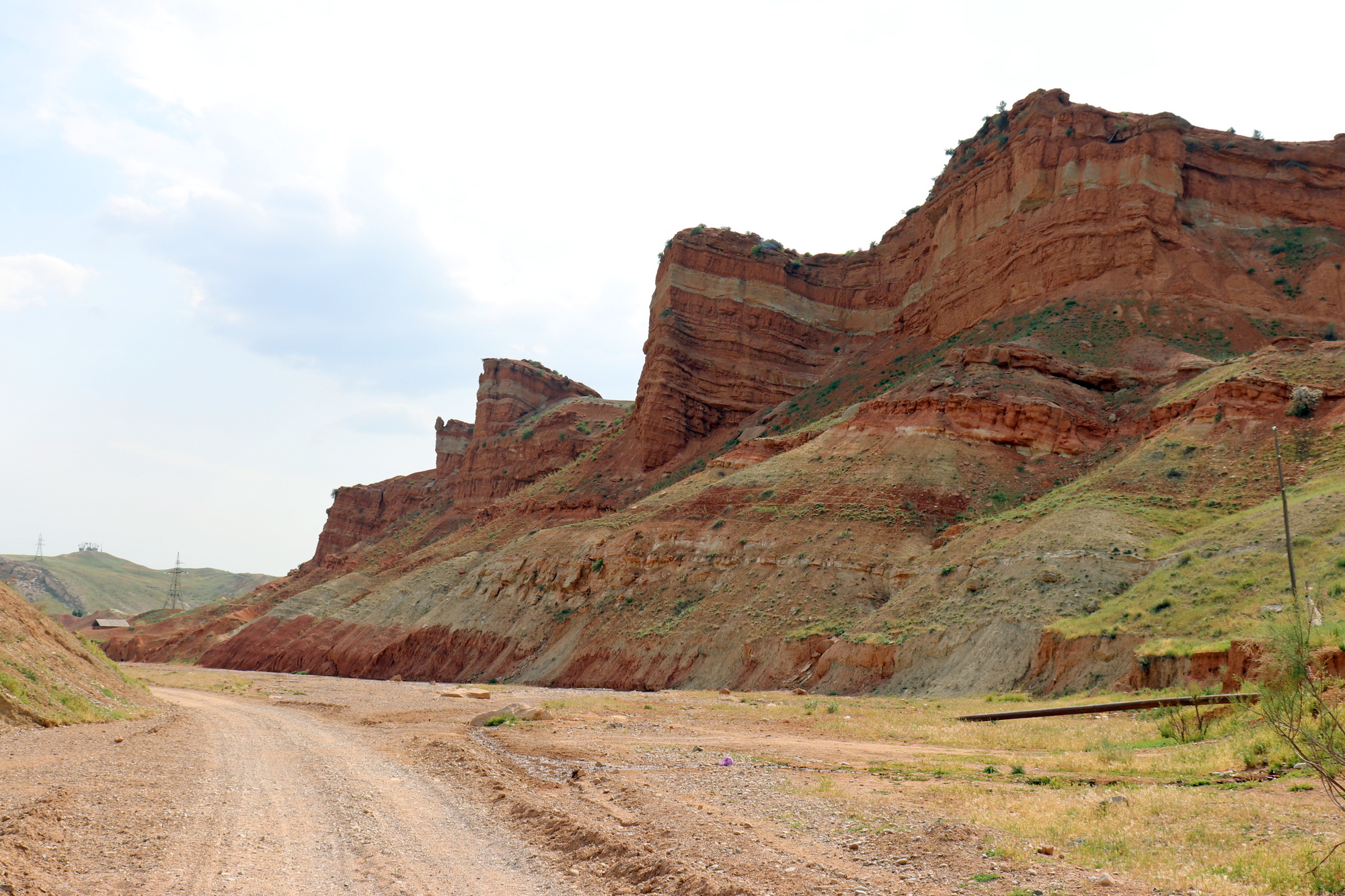 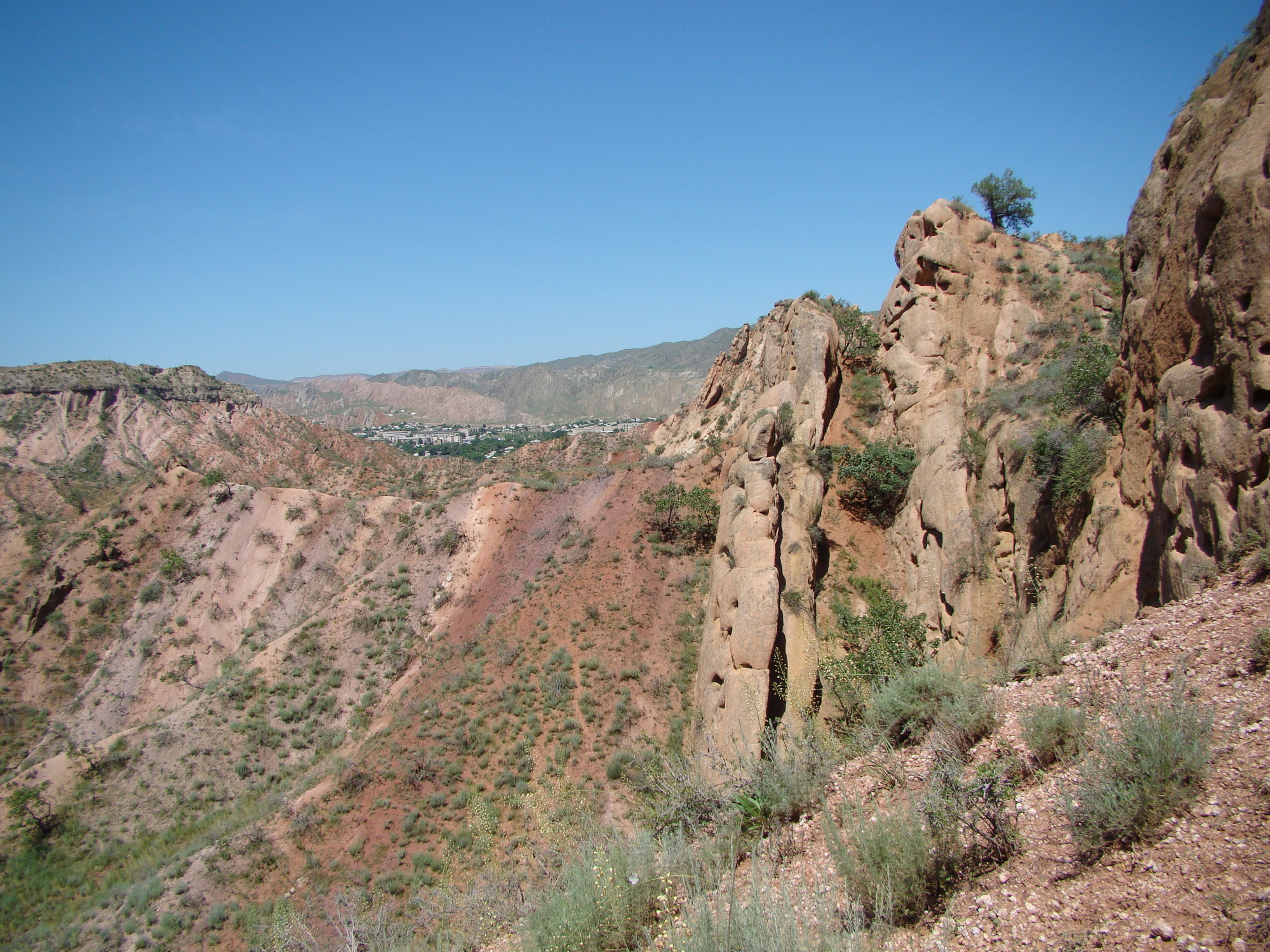 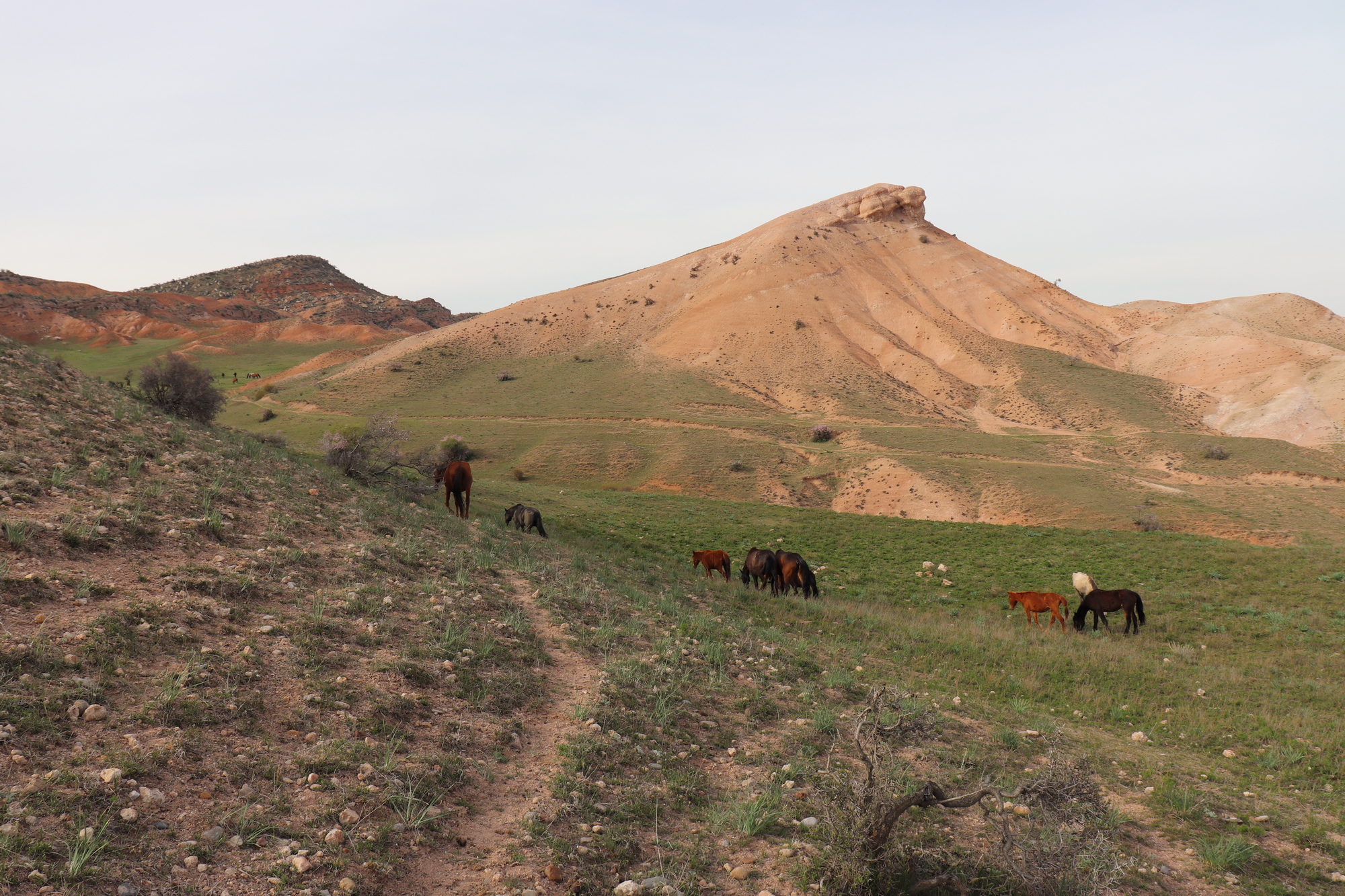 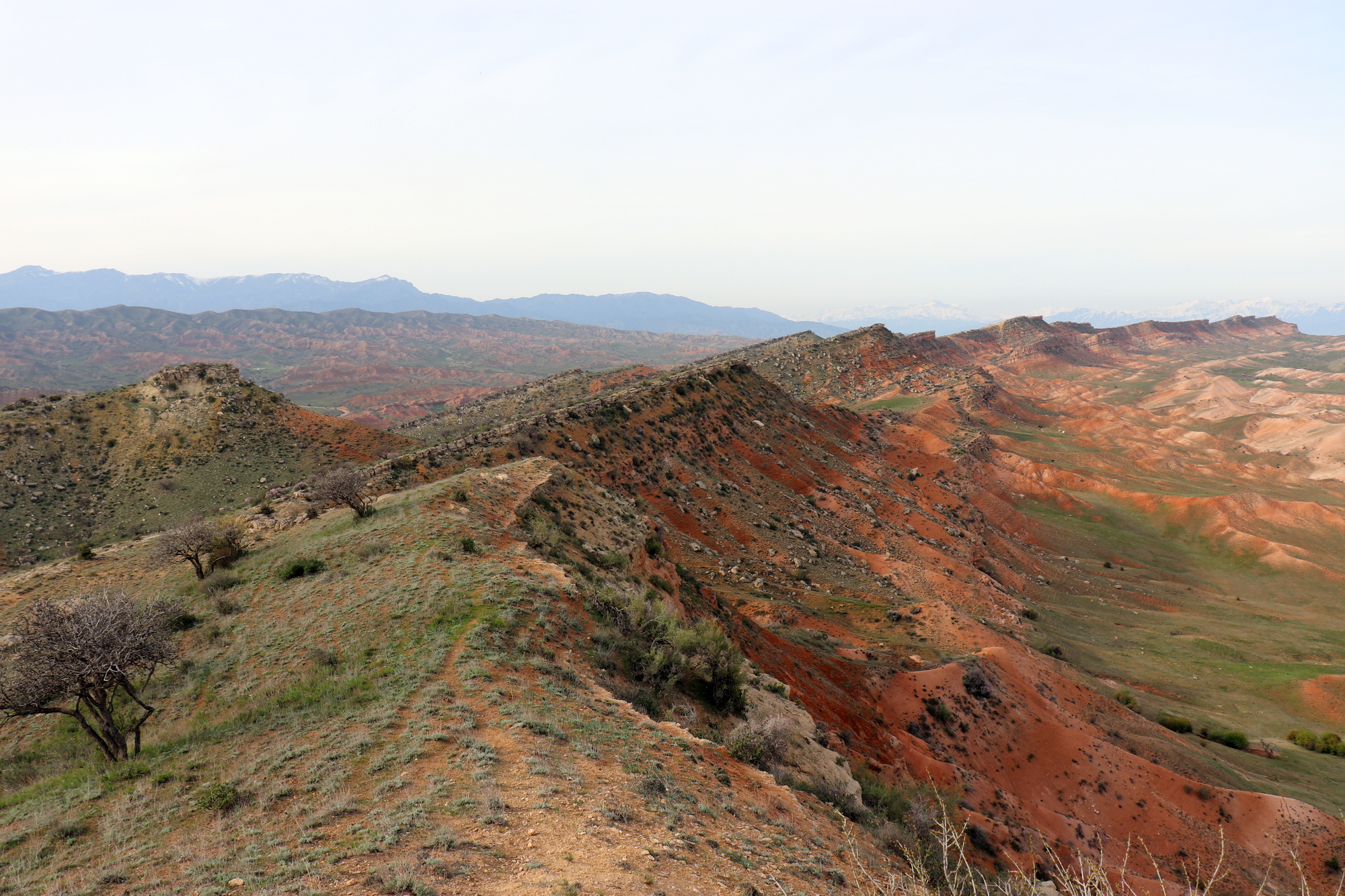 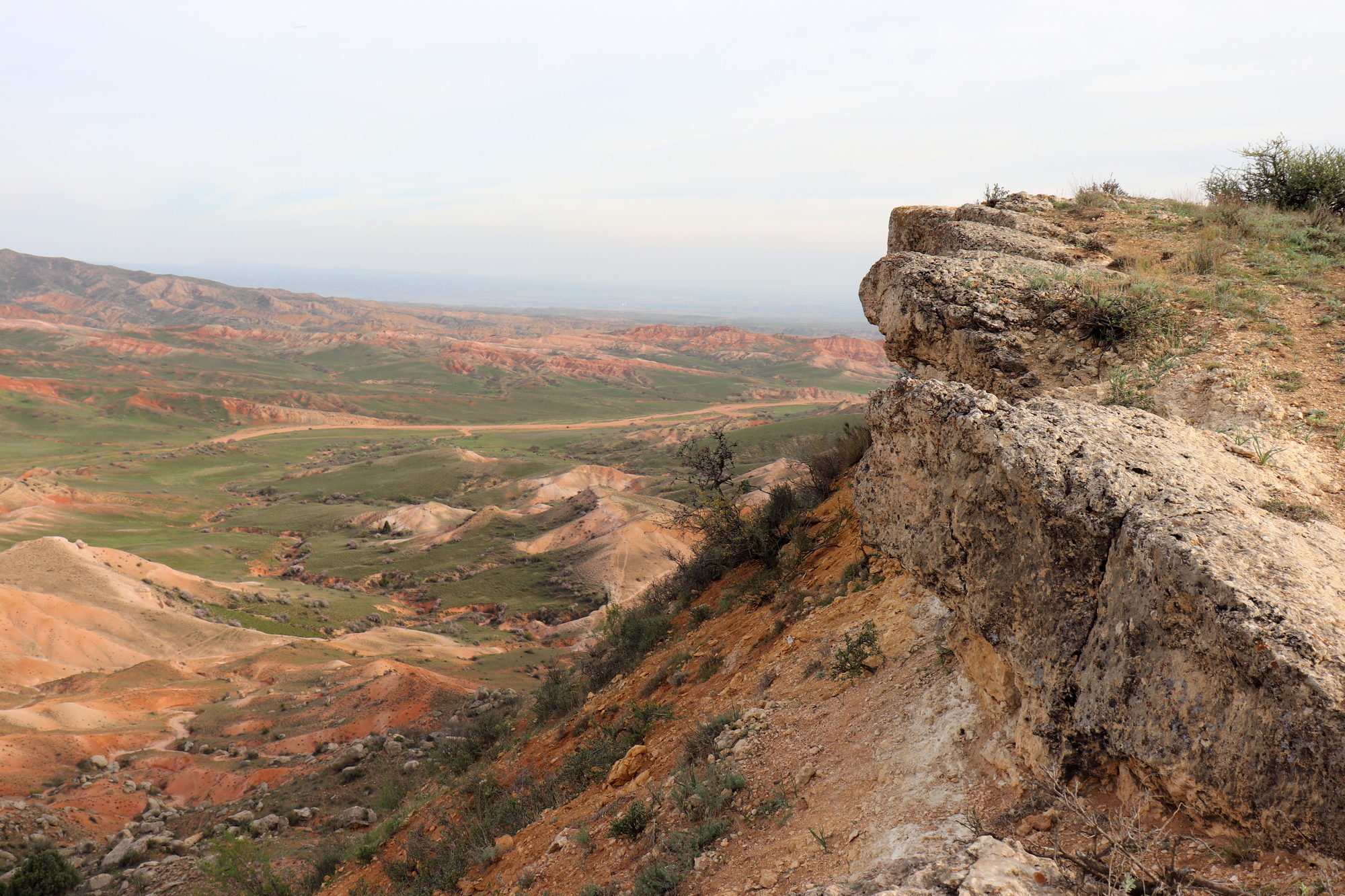 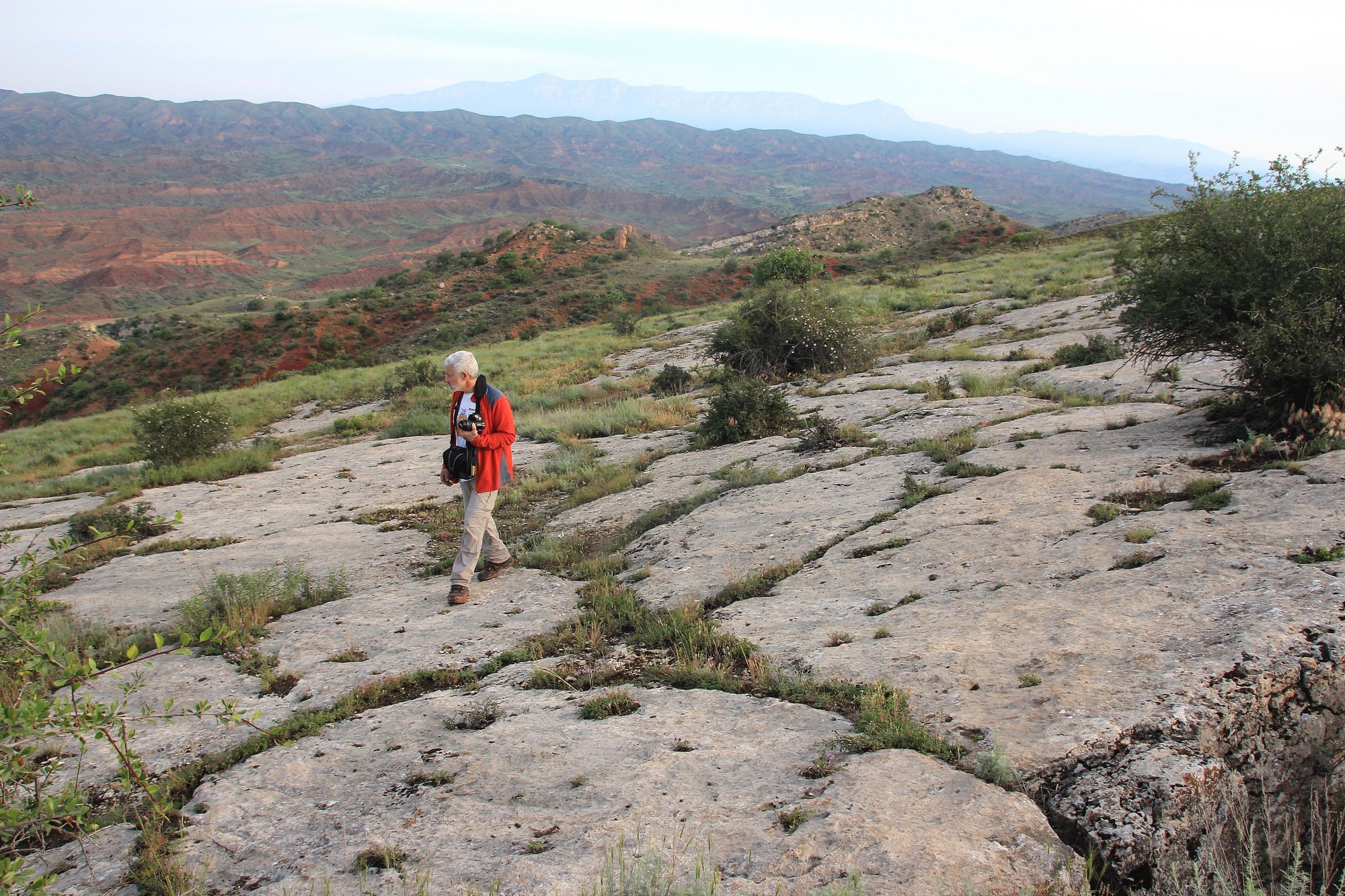 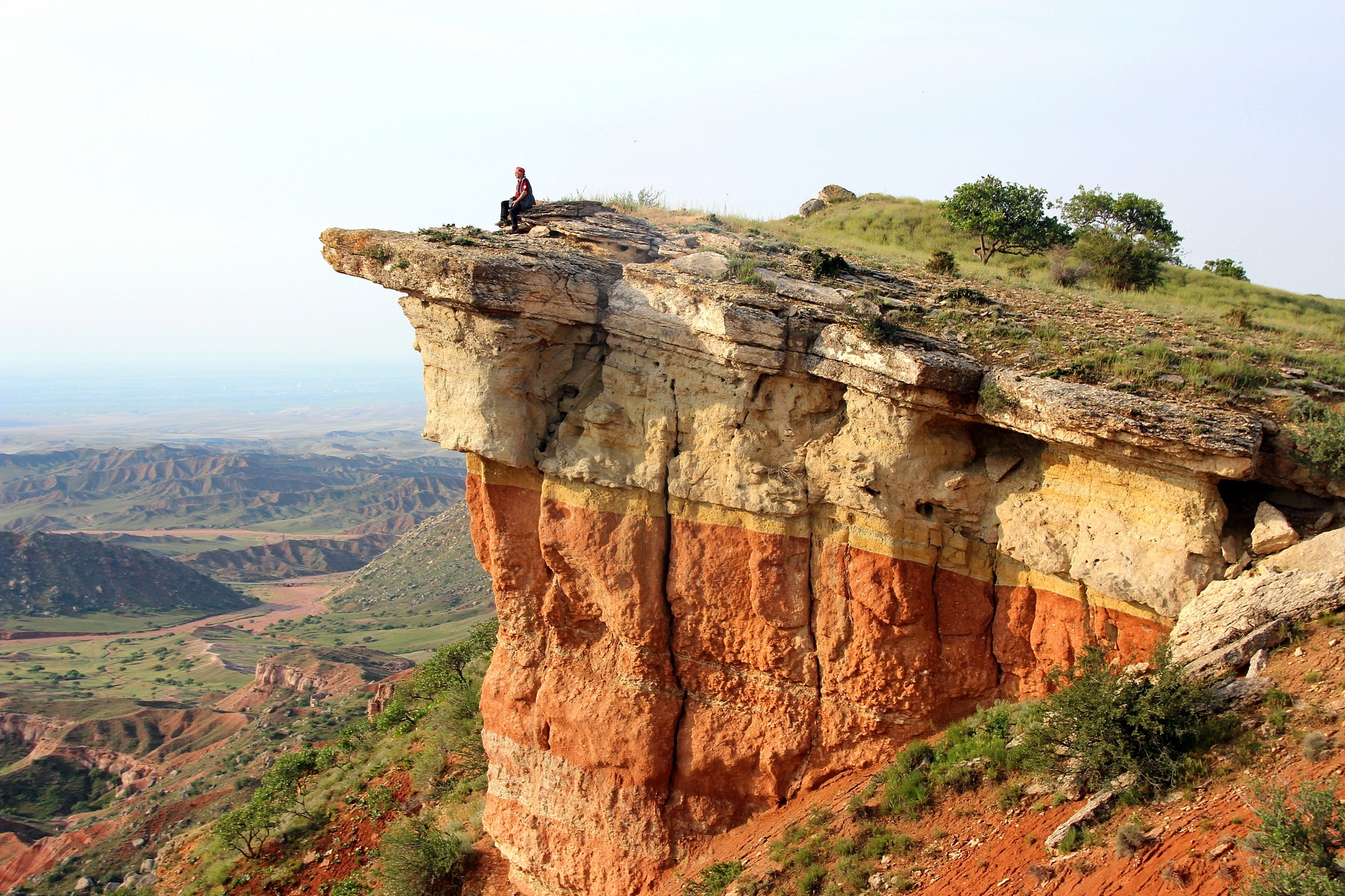 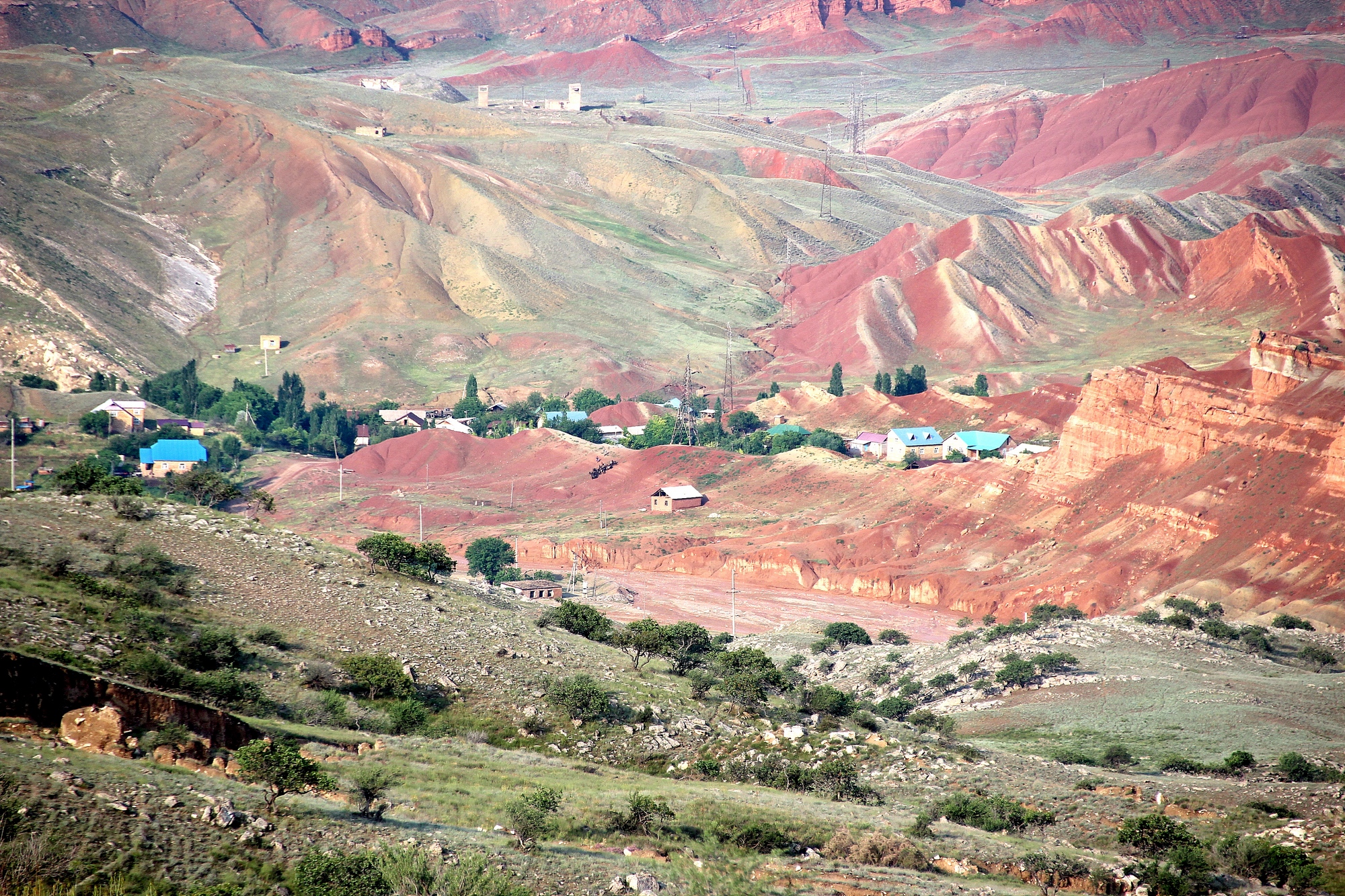